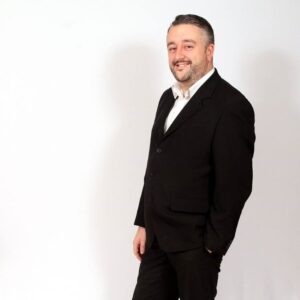 Darrell’s interest in music and performing began from the age of eight. And, it wasn’t long before he was travelling everywhere with his parents to perform at clubs and in concert every opportunity they had during weekends.

For many years entertaining in holiday parks. His passion for classical music and musical theatre began.

This took Darrell on a career singing as a solo artist receiving standing ovations where ever he goes. And, he is constantly being called upon for roles in Musical Theatre. Including lead roles. 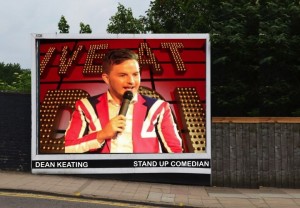 Dean has been working in entertainment now for over 5 years and can adapt and perform in any event across the world. Having worked all over the UK as a Compere presenter he will make sure your event is a great success. 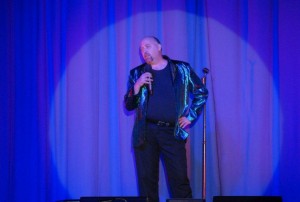 A madcap and totally zany entertainer!! The audience will experience a roller coaster of madness and mayhem from a very versatile and fresh entertainer. Paul’s act is made up of constant side splitting laughs provided by his many impersonations, great vocals and up to date material. Good all round comedy, involving audience participation, makes this act suitable for all audiences, young and old.

From a very early age, Paul wanted to be a comedian. It started when he first dressed up in his dad’s mac and imitated Frank Spencer at a family gathering. From then on, it was a regular feature at any family event.


His main sources of inspiration were Norman Wisdom, Jerry Lewis and Morecambe and Wise but he has grown to enjoy all types of variety entertainment.
After his first holiday to Butlins, Paul was bitten by the bug and was determined to follow his career ambition as a red coat. He started then to develop his skills by entering talent shows and getting up on stage at every opportunity. ‘I was happy if I’d succeeded in making people laugh’

Paul had his first taste of television in the early 1990’s. He appeared on Keith Chegwin’s Star Search.‘I always remember Nicky Campbell’s comments………..“Great comedy timing. A real hope for the future.“’

During this time, Paul followed his ambition to become a redcoat where his confidence grew and he developed new skills such as compering, singing and dancing.
After leaving Butlins in the late 1990’s, Paul took a position with Openwide International and was placed out in Zakynthos, Greece, working for First Choice Holidays. This is where he was able to firmly establish his act and provided the freedom to experiment with new material, whilst entertaining holiday makers. One of whom including the Mayor of Stoke on Trent, she was so incredibly impressed that Paul was invited on a personal VIP tour of the city!!

Paul continues to establish his act by avenues such as comedy clubs, hotels, Cruises, corporate events and holiday parks in the Uk and Abroad. You are also likely to find Paul appearing in pantomimes and also in also in theatre productions as he continues push those boundaries.